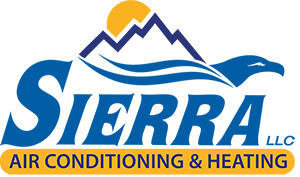 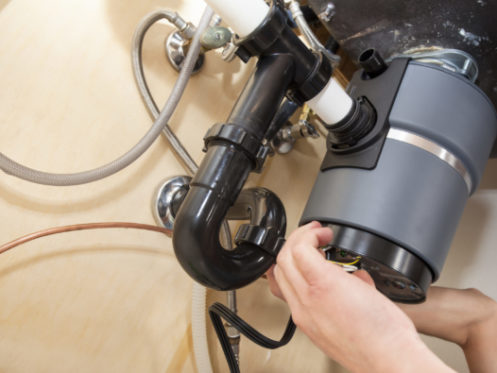 The benefits of having a functional garbage disposal in your Las Vegas, Nevada home can’t be overstated. These relatively low-cost appliances can prevent unpleasant sink odors and clogs, limit pipe leaks, and save time. Thus, when garbage disposal problems arise, you’ll want to know the best and most cost-effective way to resolve them. Following is everything you need to know about having your garbage disposal fixed or replaced.

Garbage disposals are rarely expensive, even when homeowners opt for high-end, continuous-feed models with sleek exteriors, maximum torque, and impressively long lifespans. Notwithstanding this fact, it’s always best to have them professionally repaired and replaced. Despite their low cost and seemingly simple construction, certain aspects of these appliances are both complex and easy to damage. Moreover, in most modern homes, dishwashers are connected to garbage disposals for water discharge. The addition of this connection means that both units can be damaged when do-it-yourself replacements and repairs go awry.

Surprisingly, garbage disposals don’t actually have razor-sharp blades that slice or chop food debris up. Instead, they have relatively blunt impellers that move with tremendous speed and force. These components grind solid foods down to a mushy pulp. This pulp then mixes with flowing water and moves through and out the plumbing system. Even still, getting your hand trapped in a moving garbage disposal can spell disaster.

Even if you’re careful to unplug your unit before working on it, your garbage disposal may have broken bits of glass or other items that are stuck in areas you can’t see. Given that poorly functioning garbage disposals are often coated in grime, sustaining an open cut while working on one of these units can lead to infection. With old food rattling around in these units for days or weeks on end, there’s often a host of harmful microorganisms thriving within them.

Some of the very best reasons for not working on your garbage disposal are actually cash-related. With inexpensive units and do-it-yourself replacements and installations, many homeowners think that they can keep their spending to a minimum. Although it won’t cost much to replace a damaged garbage disposal on your own, the costs of repairing water-saturated baseboards and flooring can be overwhelming. If you install your unit incorrectly or fail to properly reattach your dishwasher water discharge line, you could have a major flood event. In some instances, faulty installations can even result in electrical problems.

Just as home insurance companies won’t pay for damages that are the result of having hired unlicensed and uninsured contractors, insurance companies won’t pay for repair mistakes that you make either. Choosing to handle the repair or replacement of an integrated appliance like this one can prove costly. It can even result in the voiding of all related manufacturer warranties, including the warranty for your dishwasher.

How Long Do Garbage Disposals Last?

The good news is that garbage disposals are built to last for quite some time. Most units have a life expectancy of 10 years. You can get a full 10 years of reliable service from your garbage disposal by using it correctly, properly maintaining it, and passing all repair concerns on to a licensed plumber.

One of the best ways to extend the lifespan of your garbage disposal is by carefully monitoring what goes into it. The term garbage disposal is actually a misnomer. This isn’t a receptacle for garbage or an alternative to your waste bin. Unless you have a high-end, continuous-feed unit that’s rated for grinding up tough and stubborn items, most of your food waste should still go into the trash. This unit is largely intended for grinding up minor amounts of food debris. It should never be subjected to:

As far as maintenance goes, you should always keep a steady stream of cool water running when using your garbage disposal. You can also periodically freshen it by grinding up ice and a small amount of citrus juice, citrus oil, or a mild degreaser.

How to Know Whether Your Garbage Disposal Needs Fixed or Replaced

Loud, knocking, and rattling sounds are common signs of garbage disposal problems. These noises are an indication of trapped materials or loose components. If you’re uncomfortable trying basic troubleshooting measures or if you cannot easily see the source of the issue, call a plumber. Attempting to pry or tug trapped items out of a noisy unit could cause far more problems than it resolves. Although your plumber may be able to extract the trapped item or tighten any loose components, noisy operation may be a sign that your garbage disposal has reached the end of its lifespan.

Foul and pervasive odors can exist even if your garbage disposal is still reliably turning on and doing its job. As these units age and their impeller blades grow dull, they have a hard time grinding up food properly. Buildups of trapped food debris will eventually begin to emit odors. Dull impeller blades usually mean that it’s time to have your unit replaced.

When garbage disposals’ impeller blades get stuck, these units often shut themselves off. This is done to prevent overheating and to keep their motors from burning out. After blockages are cleared and the impeller blades can move freely, these units are usually safe to turn back on. This can be as simple as depressing the small, red button at their base. However, until blockages are correctly cleared and impeller blades can move as they should, garbage disposals will continue to shut themselves down. Calling a plumber in to handle the job will prevent motor burnout.

Among the most obvious signs that you need a new unit are persistent drain clogs and recurring water leaks. In both of these instances, having older or generally low-performing garbage disposals changed could prevent water damage and secondary problems at the dishwasher.

How a Plumber Can Help

In the interest of protecting your garbage disposal warranty and preventing water damage, the amount of recommended troubleshooting for this unit is fairly limited. For most garbage disposal problems, only a licensed plumber can provide an accurate diagnosis. Your plumber can also tell you why the garbage disposal has sustained damage, how you can avoid similar issues in the future, and the best replacement model for your household and needs.

At Sierra Air Conditioning & Heating, we have a longstanding reputation for responsiveness, competitive pricing, and transparency. We provide reliable plumbing services to residents of Las Vegas and the surrounding area. We also offer heating and cooling repairs, installation, and maintenance. Our team is your source for indoor air quality solutions as well. If your garbage disposal isn’t working as it should, we can help. Call us today to schedule an appointment for repairs or replacement.